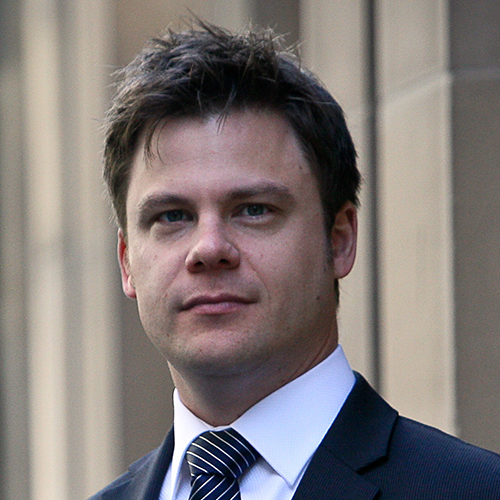 Luke has a broad commercial litigation practice, advising and appearing (both led and unled) in a wide range of commercial disputes. Since 2019, he has been recognised each year by his peers in Australia’s Best Lawyers for his expertise in Commercial Law.

Luke has significant experience in:

Before his call to the Bar, Luke was Associate to the Honourable Justice Judd in the Commercial Court of the Supreme Court of Victoria.  He completed his graduate year at Mallesons Stephen Jaques (now King & Wood Mallesons) and then practised as a solicitor in the firm’s dispute resolution group.

Luke holds a Bachelor of Arts (History & Politics) from Monash University.  He completed his Juris Doctor at Bond University in two years, graduating with Honours.  Luke was awarded prizes for achieving the highest mark in three subjects and was placed on both the Dean’s and Vice Chancellor’s Lists for academic excellence.